Big Data Development in Malaysia: The Journey of Eliminating Oversight through Hindsight

Big Data has been increasingly gaining attention worldwide. The Big Data phenomenon is real and slowly defining a new paradigm in the society as more and more technological devices such as smartphones, connected devices and robots making their way into our lives. The importance of leveraging Big Data and analytics to provide desired outcome is becoming a must to stay competitive. This paper attempts to evaluate the current development of Big Data in Malaysia. Big Data is relatively new in Malaysia and more have to be done to increase awareness and overcome technological and social barriers in implementing a timely fact-based data-driven decision making approach before we can capture the benefits. Thus, the current initiatives by the public sector, private sector and the community to encourage adoption of Big Data Analytics and to understand the non-readiness of industries for the big data economy are discussed. The current state of Big Data Development, future perspective, opportunities, open issues and challenges to be addressed in order to capitalize on the new digital economy are also discussed. Lastly, four pilot projects initiated by the government to drive Big Data adoption and the growth of ICT industry in Malaysia are summarized.

Ir. Mah Siew Kien, a Professional Engineer with Practicing Certificate with Board of Engineers (BEM), Malaysia has over 14 years of working experience in several fields as a product engineer and project manager; including academic, product engineering, project management and IT consulting. She has been involved in various product development technology transfer projects in the Electronic Manufacturing Services sector and IT project management and consulting activities during the course of her career. Ir. Mah Siew Kien holds a Master in Electrical, Electronic & Systems Engineering from National University of Malaysia. She is currently a Principal Lecturer in Nilai University and has been actively serving the Women Engineer Section of The Institution of Engineers, Malaysia (IEM). Her current research interests are nanoelectronics and Internet of Things for Electronics.

As the digital economy is becoming more important, it appears to provide an answer to the innumerable problems of young graduates. Digital economy option is an adequate response to youth employability if well supported and if the “maturation” of the startups in incubators is sufficient to ensure the sustainability of the company.
This issue returns us to reflect the classic view on entrepreneurship and to what extent the rethink, because it no longer fully meets the needs of populations. So we must see the opportunities of the digital economy.

Rufina Dabo Sarr:
Post graduate in science of education (2005), Ms SARR is professor of Natural science since 1983. With 19 years teaching at higher school including 3 years as coordinator of the World Links Project (ICT), and GLOBE Program Coordinator / Senegal (Global Learning and Observations to benefit the environment). In 2002, Ms SARR was appointed Technical Advisor in charge of Girls’ Education, Science, Environment and ICT at the Presidency of the Republic. In addition, Ms. SARR is the Founder President of the Association of Women for the promotion of Science and Technology in Senegal (AFSTech/Senegal). Ms SARR is member of INWES Board since 2011, and now Director of Africa Francophone. Currently, Ms SARR is the Head of Division of Cooperation and Partnership at the Ministry of Posts and Telecommunications.

Career development for women in science and technology: An experience from Nepal

Women have traditionally been underrepresented in science, technology, engineering and mathematics (STEM).
The university level enrollment of women in engineering faculty is only 17%. The number further declines while
entering into professional careers. A recent study carried out by WISE Nepal (Women in Science and Engineering)
has found the lack of career support and job opportunities as major constraints for women in the field of science and technology. WISE Nepal is increasing career support for women through internships, in providing information about potential employers, and by increasing networking opportunities among the members.

Mausam Mainali: Works as a Social Safe Guard Officer at the Trail Bridge Support Unit (TBSU) for HELVETAS Swiss Intercooperation Nepal. After her Bachelor in Civil Engineering and Master of Science in Engineering Management, she worked as a District Irrigation Engineer and as a District Road Maintenance Engineer. For her project’s contribution on promotion of small irrigation schemes managed by the community themselves she received the ‘Letter of Honour’ on behalf of LILI/HELVETAS.

From Datacollectors to aggressive dogs

In times where Data is visible the question is which way we chose. Do we use Datastreams to destroy humanity or do we use it to improve our civil society?
Companies already use our Data aggressively for business without regarding constitutional law.
We know this aggressivity from dogs. When they are in fear they bite.

Director of Medienwerkstatt at Kulturwerk Bbk Berlin, PHD-student in computer science at University Potsdam for complex multimedial architectures, Associate professor at the University Computing Center of Freie Universität Berlin as well as at Hochschule Emden/Leer, Information Technology. Visiting professor for Artistic Transformation Processes, University of Art Berlin from 2007 until 2009 and at the Universidade Federal do Rio Grande do Sul, Brasil in 2015. 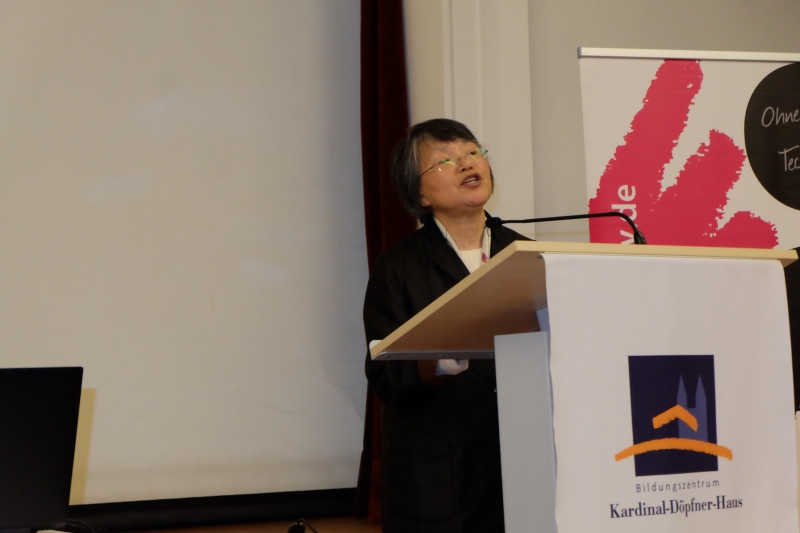 Greetings from the INWES President

Some more Infos on INWES from the conference programm:

The International Network of Women Engineers and Scientists (INWES) is an international net-
work body serving as an NGO, as a partner of UNESCO. INWES was created with the vision “To
build a better future worldwide, through the full and effective participation of women and girls
in all aspects of Science, Technology, Engineering and Mathematics (STEM.)”. INWES oversees
the International Conference for Women Engineers and Scientists (ICWES), which has been held
every three years in various parts of the world for supporting Women in Engineering and Science
since 1964. ICWES16 was held in 2014 in L.A., USA, ICWES17 will be in Dehli, India, 2017.
We anticipate active discussions on “Science. Knowledge. Power”. Also we setting up the third
INWES Regional Network during the conference, INWES Europe, prepared by the kick-off team of
INWES Europe from 2015. INWES has established the regional network to foster and promote its
activities in a physically close and similar time zone region, because they have common interests
as well as regional problems that can be solved together. INWES Europe is the third INWES re-
gional network (the first is Asia Pacific Nations Network (APNN) and the second African Regional
Network (ARN).
For INWES spirit to build actions for a gender equal, sustainable, technological, inclusive society,
we need ‘close networking’. This is because we need the ‘collective wisdom’ to make our world a
more gender equal place and to promote our societies by extending our horizon to maximize the
diversity and openness. We can share our experiences, our passions, times, energies and ideas
and care for each other and learn from one another, which will empower us as Women Scientists
and Engineers. 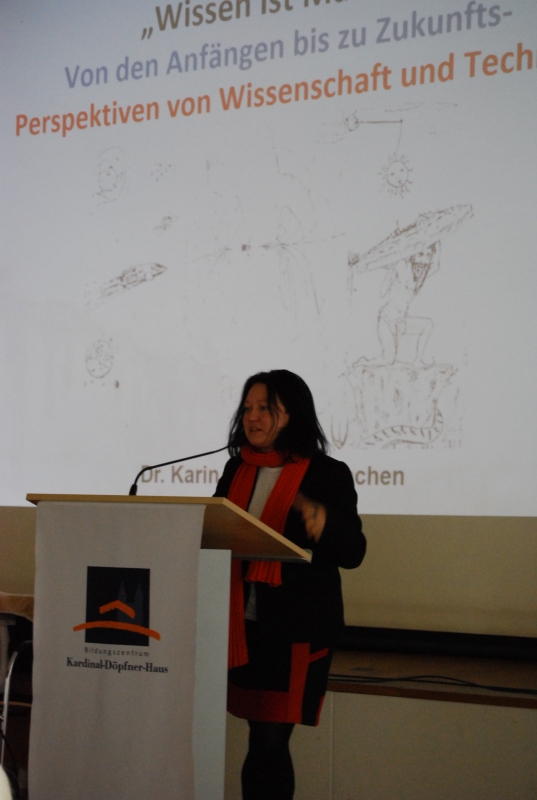 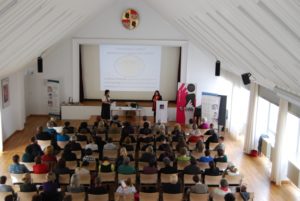 Today the phrase „ Knowledge is power“ (F. Bacon,
1598) strikes us selfevident. It was the beginning of the
triumphal procession and progress of science and tech-
nology that changed the world until today. However,
today the power of people who really have knowledge
in this field is shifted to power games of individuals
who have pure economic interests. How can we take
the power of knowledge more seriously? How can we take responsibility for a wise and reasonable formation and creation of our world? The talk gives a brief sketch of the historical  backgrounds and future perspectives, especially to women in science and engineering. 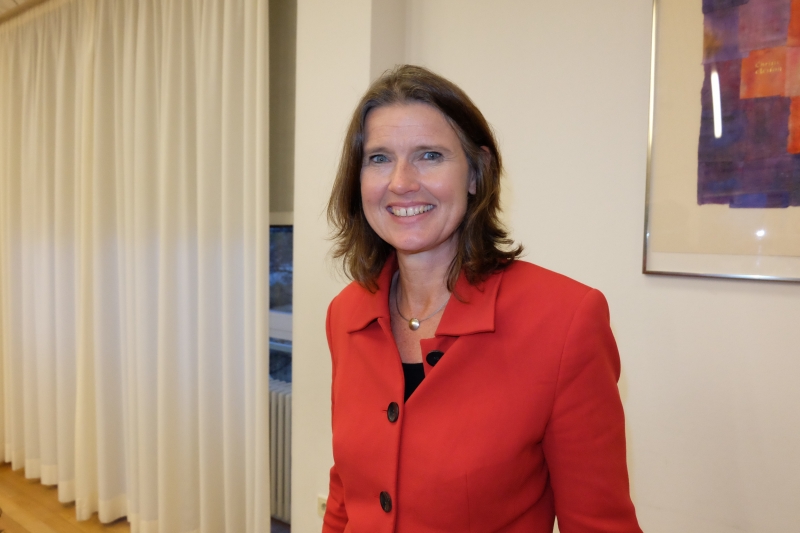 Keynote: The economy of female power: Women and their impact on global growth 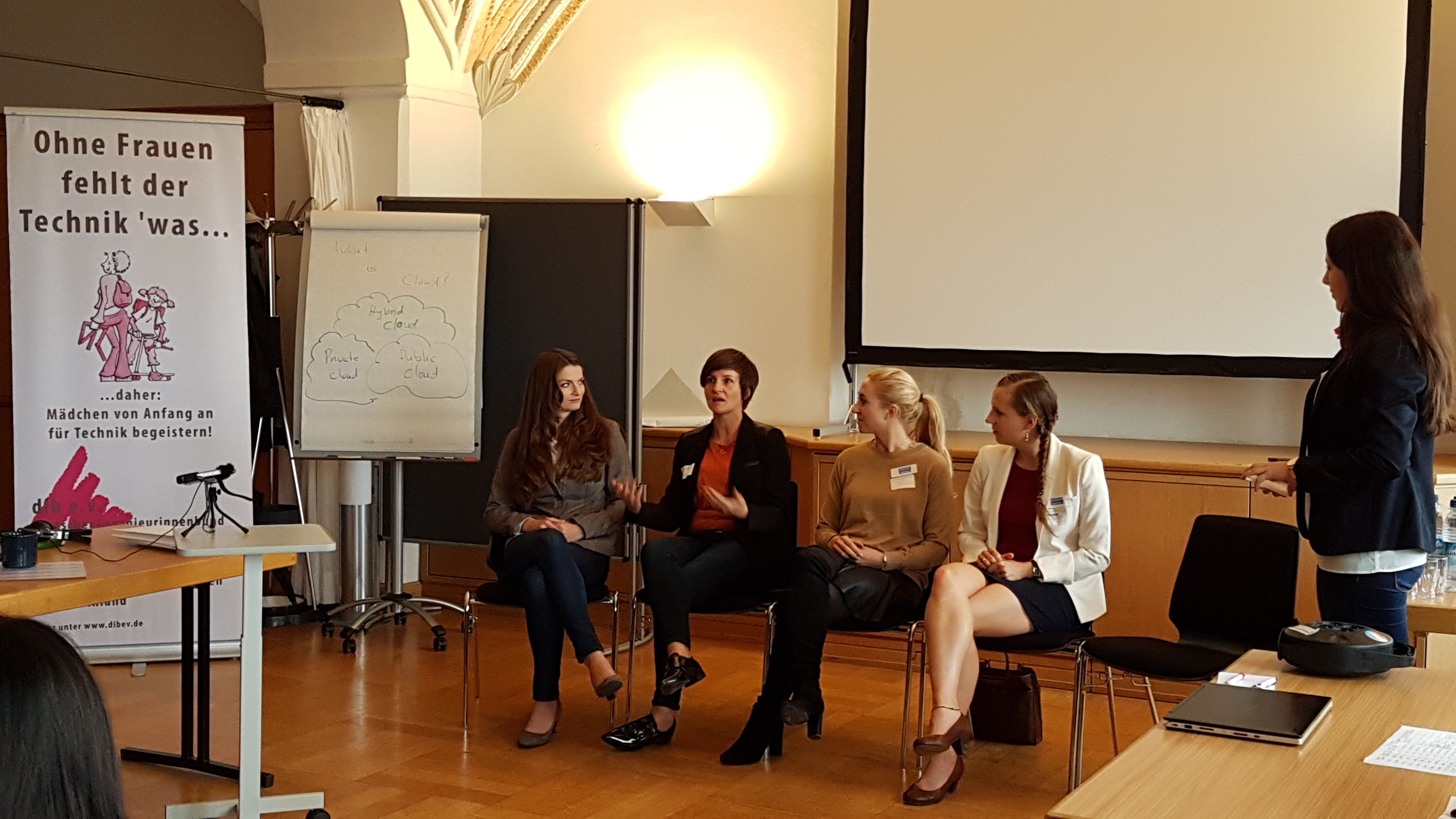 “How brave shall woman be?” Talking Round with four candidates of the initiative “Die Astronautin”

The four candidates of the initiative “Die Astronautin”: Anja Hofmann, Susanne Peters, Magdalena Pree und Johanna Maislinger are talking about “How brave shall women be” and their experiences working in engineering and aeronautics.
Moderation: Irem Yolas